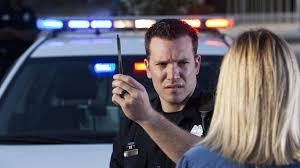 Drunk and intoxicated driving charges are serious legal charges. The law uses such legal issues to set various examples; the laws and penalties surrounding the charges change or differ from one state to another: so do the potential enhancements increase the seriousness of the charges.

Possible enhancements are based on different factors. The most common kinds of enhancements to drunken driving charges comprise the operation of a motor with a 0.15 % BAC or higher, driving when drunk that results in another person’s bodily injury, drunk driving with a passenger who is a minor, and drunken driving resulting in the death of another individual.

Below are brief descriptions of the most popular kinds of intoxicated driving charges in the United States of America:

Alcohol may not be the main substance that results in an arrest for a DUI offense. It stands for driving under the influence of drugs. The operation of a car after using Schedule I drugs, whether used legally or illegally, can result in a DUID charge in many states. An officer is legally allowed to arrest you on a charge based on the suspicion that you have such drugs in your body.

Driving after a significant intake of drugs or alcohol is a crime by itself. By coupling it with an accident, the charges worsen and come with severe penalties.

First offense DUI charges are misdemeanors. With previous convictions or enhancements, the DUI offenses change into felonies very easily. With the assistance of an experienced DUI lawyer, felony charges can, in some scenarios, be reduced to misdemeanors or lower felonies. Such considerations include bodily harm, damage to property, the presence of children, and multiple convictions.

A basic DUI charge is a misdemeanor crime unless enhancements are involved, or an individual has in the past faced DUI charges within a particular duration, normally between five to ten years. Offenders facing first-time charges under the DUI law are underclass C misdemeanors. However, when the BAC level is higher than a percentage of 0.15, the category shifts to misdemeanors under class A. Through the guidance of a lawyer, felonies in level 6 DUI’s can regularly be lowered to misdemeanors of a DUI offense.

In case an accident occurs resulting from DUI and the outcome is property damage, the fines and penalties increase drastically. You can expect a longer jail term, severe fines, as well as tougher sentencing agreements. When the damage to property is extensive, the charges are likely to rise to felonies.

Most states use this for underage driving and drinking victims. As a result, there is no tolerance law for drinking: anyone below 21years, which is the region’s legal age of drinking, is not allowed to buy or consume alcoholic drinks. Underage drinking is a crime by itself, making the offenses increase with the combination of DUI and driving charges. Underage drinkers face harsher penalties. The standard penalties are jail terms, hefty fines, community service, diversion programs, and license suspension.

Penalties of DUI charges can be tough based on the charges and the region you reside in. In some states, the DUI stays on your record for some duration. This will depend on the type of DUI offense, your defense in court, whether the crime involved enhancement.

Can a DUI Lawyer Help Your Case?